A Bullet from Heaven (1 book) 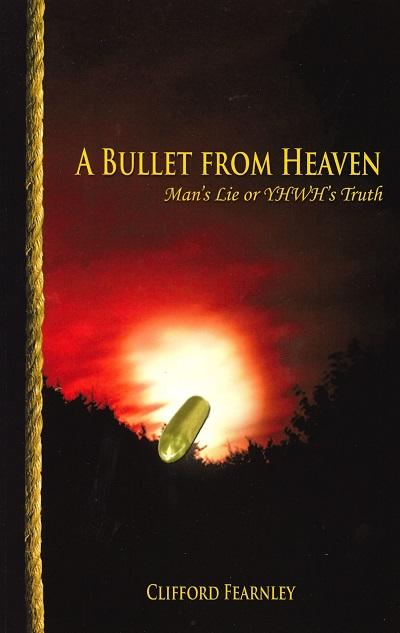 Revelation says that the whole world worshiped the beast. Discern the scriptural meaning of the term beast and how this statement is no longer prophetic. There are millions today who believe that their name is written in the"Book of Life" but they are deceived, living in subjection to a falsehood. It is a falsehood that has whitewashed the whole of humanity in effect placing the whole of mankind in apostasy, that is, rebellion against YHWH (Yahweh). Read how, through this falsehood, mankind is unwittingly being prepared for the reception of the counterfeit messiah. Most who read the scriptures today are ignoring Messiah's warning in Matthew 7:21-23 which prophesied the deception His followers would come under; a deception that is with us today, has ensnared over 90% of his followers and continues to grow. Are you sure you are not one who is unwittingly being groomed for the counterfeit? Learn of the significance behind images such as the woman riding the beast and her eventual demise, the seven heads of the beast and what is the image of the beast. Understand the purpose of the number 666 and how it is not the number of an"anti Christ." Even the identity of the counterfeit messiah, where he is today and how he is being restrained are revealed and no longer a mystery. Read of the one remaining prophesy before the return of Messiah Yeshua Discover what the scriptures say about the end time role to be played by Christianity and what will be Christianity's position in end time events. This book is a book of the truth; YHWH's (Yahweh's) truth and He has promised to send a delusion for all who refuse to accept His truth (2 Thessalonians chapter 2).